If you want to feed the chicken strong and fat, you must first understand the digestive and metabolic characteristics of the chicken, all here

Home/News/If you want to feed the chicken strong and fat, you must first understand the digestive and metabolic characteristics of the chicken, all here
Previous Next

If you want to feed the chicken strong and fat, you must first understand the digestive and metabolic characteristics of the chicken, all here 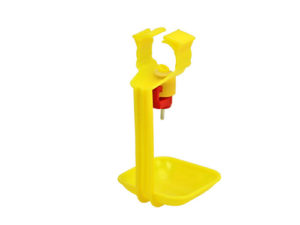 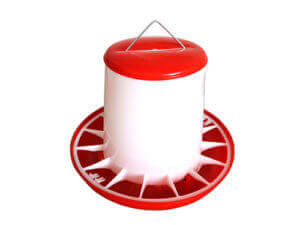 First, the characteristics of the digestive system

Most of the chicken breeds cultivated by our farmers’ friends have no lips or teeth. Some are only keratinized and very hard. The taste buds on the tongue of the chicken are also very underdeveloped, so there will be only a very small amount. The saliva is secreted. This is the chicken’s oral system. It can be said to be very simple. I am talking about the chicken’s esophagus. In general, the chicken’s esophagus is very wide. This is mainly because the mucous membranes of the esophagus have many folds of different sizes. When the chickens eat, these folds will retract and retract, making it easy to make the esophagus. Expansion, so farmers can safely feed the chickens with larger feeds. The chicken’s sac can be said to be the enlarged part of the esophagus. As a whole, it is a spherical type that can store and soften all kinds of feed that comes in.

The stomach of the chicken is distinguished from other common poultry and is divided into the glandular stomach and the stomach. Let me first talk about the glandular stomach. Its main function is to secrete gastric juice. I have obtained laboratory data in the laboratory. The chicken’s gastric juice contains a lot of protease and hydrochloric acid, and the digestion intensity is very large. The muscle stomach is a sandbag called by farmers in many areas. The overall shape is round or oval. There is a layer of yellow cornea in the skin. It can be stretched back and forth through the muscles. The feed is grated, and I think this function is similar to the teeth to a certain extent. The chicken will stimulate the muscles and stomach after eating some sand, which makes this function stronger and more convenient for self-digestion.

The intestinal system of chickens I think can be divided into two parts, the small intestine and the large intestine. The small intestine is divided into two sections. The effect and the name of the two sections are different. The first section is called the duodenum and the second section is the jejunum. There is also called the ileum, and there is no particularly obvious boundary between the two segments. When the chicken eats various kinds of feed, it is first ground in the stomach and stomach, and then mixed with the gastric juice, it will enter the duodenum. Here, the feed will be digested by the gastric juice, and then the residue will enter the jejunum. The final digestion is done under the action of pancreatic secretions and bile and intestinal secretions.

Almost all the chickens we can see and breed are cloacas that combine reproductive and excretion. The external is the anus, from which excreta is excreted. In general, the digestive tract of the chicken is very short, so the overall time of feed passage is much smaller than that of other poultry. If it is a relatively common powder, I have done an experiment through the time of the entire digestive tract, about four Hours to eight hours.

01, the characteristics of chicken use of feed

I think that the use of feed by chickens is affected by many aspects. Generally, the overall utilization of food for food is not much different from that of other poultry, but the degree of digestion of crude fiber in feed is lower than other. The poultry is out, which requires the farmers to avoid the excessively high fiber when feeding the chicken.

2, the synthesis of its own nutrients

I think that the chicken itself has very poor ability to synthesize nutrients, mainly because the chickens are not able to use the vitamin B group and the ability of nitrogen compounds to synthesize proteins. Therefore, the nutrients necessary for these bodies can only be compensated by the feed.

4, the chicken’s response to the external environment

I think chickens are generally more sensitive to the external environment. Mainly because the chickens are not large but the production level is very high, so they are very sensitive to the reaction to the environment and feed. As long as there is a problem in one link, it will have a negative impact on the chicken, especially in the chicken coop. Under the scale farming mode, I believe that the friends of the farmers have a deeper experience.